For mystery buffs who love intrigue and twists with a hint of the paranormal.

Follow Bert and Norah into the world of Private Investigation as they follow leads with their coywolf companion.

Buy the first book in the Series 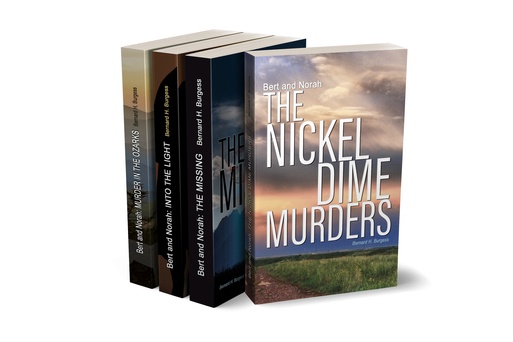 Bert Lynnes is a retired Army officer following a dream of having his own private investigation business, B & N Investigations, with wife, Norah. Their venture promises to be very unique because it incorporates Norah’s psychic gift. Using her abilities, they expect to solve those cases too difficult for most companies. When they discovered that the coywolf female, which they adopted as a wild puppy, has a knack for following scent, the business is uniquely specialized for finding the missing. When desperate families exhaust other options, they call Bert and Norah. The first three books of the series, “The Nickel Dime Murders,” “The Missing,” and “Into the Light,” follow the team as they accept difficult missing persons cases. Their success eventually requires them to expand their team with a third investigator. Predominantly set in the upper mid-West, with headquarters in Wyoming, the reader follows the interesting places the investigators traverse in the pursuit of answers. You will learn interesting and entertaining nuggets about the geography and historical significance of numerous locations in the region. At the same time, the characters take on a life of their own as you fall in love with Bert, Norah, and Missy. Later on, you may fall in love with the new team member, also. Book number four, “Murder in the Ozarks,” travels to the mountains of Arkansas to unravel a two-year-old mystery of a woman who vanished without a trace. The series is wrought with twists and turns to challenge the imagination and reasoning of any discerning reader. Don’t be surprised if you reach the end of the books with the exclamation, “Wow, I didn’t see that coming!”

Books in the Series...

Book One: The Nickel Dime Murders

Bert Lynnes, a retired Army officer, and his wife, Norah, are introduced as they adopt a tiny female coywolf puppy. With Bert’s knack for solving problems and Norah’s abilities as a psychic, they are on the path to solving those cases too difficult for others. When they discover that their coywolf, Missy, has a nose for tracking, they are uniquely positioned for finding the missing. A defining case gets the attention and leads to a search that draws the team of B & N Investigations into the wake of a brutal killer. As cases unfold before them, the Bert and Norah team are pulled inexorably into a murder spree. They soon realize that they alone are in a position to get ahead of and stop the killer. Will they succeed? 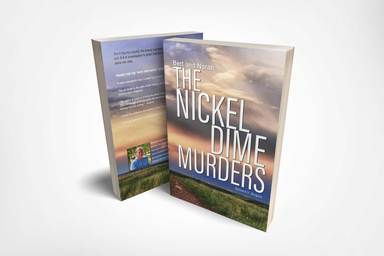 A mysterious man pulls Bert Lynnes and team into the hunt to find the child of a high political figure. To find the child, the team of B & N Investigations must investigate the investigators in order to determine the identity and motive of the bad guy. The trail is filled with dead ends and misleading clues as danger becomes a constant companion for Bert and his coywolf tracking animal, Missy. At first from afar, wife and partner, Norah, provides valuable psychic insights to her husband, helping him deal with the increasing threats to his safety. As the trail coalesces toward a final destination, the reader will be shocked to find what they’ve been missing. 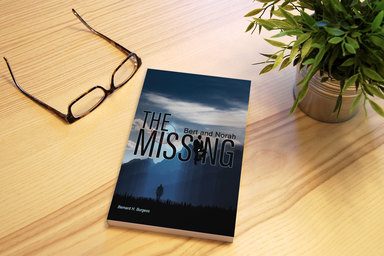 Book Three: Into the Light

Set in the mountain states of Wyoming and Montana, as well as the Great Plains state of Nebraska, the story takes the team of B & N Investigations on a two-track investigation in multiple states and often in difficult weather conditions. While the unusual behavior of a small child takes the time and attention of one team member, the others search five-hundred-miles away for a woman who’s been missing for almost ten years. The mysteries deepen as they become more bizarre, until the clues and Missy’s nose point the teams to that place where answers are brought into the light. 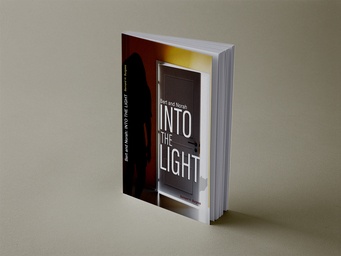 Buy "Into the Light"
Buy E-book

Book Four: Murder in the Ozarks

Cases have slowed for B & N Investigations during the summer of 2018. With their new investigator, Becky, returned from Montana, the team accepts a cold case in Arkansas-Annabel Leery, missing without a trace for two years. With coywolf tracking and companion animal, Missy the team travels to Mountain View, Arkansas, a small community situated in the Ozark Mountains. Thus, begins the search for clues. Will the murder in the Ozarks be revealed? Will the personal feelings among the team survive the case? Or will they be torn apart by the stresses? 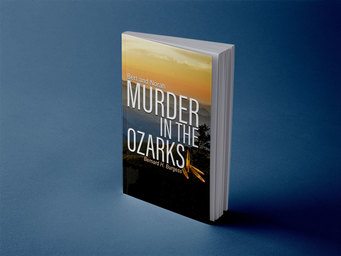 Bernard H. Burgess is the oldest son of West Nebraska cattle ranchers. He entered the Air Force after graduating from the University of Nebraska and retired as a Command Pilot with the rank of Lieutenant Colonel. He was a freelance writer in Wyoming and a private investigator in Arkansas. 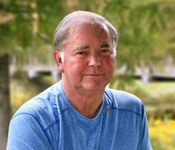 I first learned of the coywolf hybrid from an Animal Planet documentary, “Meet the Coywolf.” I felt I knew coyotes well and had almost no fear of them, only respect. Then, I happened to see another documentary named “Killed by Coyotes.” This caught my interest immediately, because I knew of no adult human deaths by coyotes. However, an aspiring folksinger, Canadian, Taylor Mitchell, aged nineteen, was killed in 2009 in Novia Scotia by coyotes while hiking in a national park. I feel that wolf DNA may have played a role in this tragic attack. Such behavior is not typical of the coyotes that I know. For this reason, I decided to introduce the coywolf to readers. While my female hybrid is a well-trained and domesticated fictional animal, the real hybrids are a blend of wolf and coyote and reflect the characteristics of both. The real animals are not necessarily pure coyote-wolf but may have varying degrees of DNA, to include dog. Readers should understand that this hybrid is spreading across the United States as well as Canada, because of its resilient coyote blood. The wolf DNA makes it a larger, more aggressive, pack hunter, and therefore more dangerous than a coyote. The coywolf, like the coyote, can live and thrive in urban environments. It may be living and thriving in your city. With a typical weight of around forty-five pounds, it’s large enough to be considered an apex predator.

Praise for the Bert & Norah Series

The Nickel Dime Murders is a good afternoon read with an intriguing plot twist that doesn't hit you until it's time to close the book.

Few sentences about your product. How it help to solve clients' problems.It should convince the unconvinced. No fake quotes or photos!

A joy to read (Into the Light) from beginning to end...I absolutely loved seeing the mystery unravel bit by bit and piece by piece!!